Remnant Future takes pieces from the past and places them in synchronous combinations, constructing a different future. Reminiscent of previous encounters, a revamped future holds promise of fresh beginnings.

This body of work comes from two separate installations done in 2014: Wyo Junctures: Corral and Blind Spot. In each case, I dismantled the full-scale installation at the end of the show, and saved the panels that had imagery painted on them. I cut these panels to smaller sizes and built wood boxes to support the painted panels. For both installations, I took photographs, and made Giclee prints on canvas (archival prints), mounted them, and incorporated fragments of the actual installation around each photograph. Each piece you see in this exhibition is a small remnant of the overall original installation.

What resonated with me was the fact that even when things are destroyed or altered beyond their original intent, they can be redeemed into a new configuration, even into something beautiful. Vestiges of the past are re-formed to create something different, with new meaning and purpose.

This installation picked up on textures and images of nature as experienced while at an artist residency at Brush Creek Ranch in the mountains of southern Wyoming. I brought the colour and texture palette of the area into the installation. The original installation was in the context of a group show at the Kirkland Art Center in Kirkland, WA called All Nine Lives. This was a show of the nine of us from that artist residency. This piece measured 14’ x 14’ x 10’. Textures ranged from rock faces to horse and animal fir, bark from a birch tree, wood grain from split wood, stone, a close-up of deer antlers, a horseshoe clipping from a horse hoof, and evergreen fir needles. Close-up images from each of these textures became the surface of the walls that brought the viewer into an interior space via a deck, where one could not see out but was contained within the space. By moving through this condensed space, the viewer experienced visual textures and colours associated with the Wyoming mountainous landscape.

This installation was in conjunction with a conference called Kindlings Fest in July of 2014 on Orcas Island, WA. In this piece, the exterior was stretched with canvas, had two entrances, and had a floor that sloped to a central section, where it was level. I used kinesthetic perception to give the viewer a stable feeling in the midst of sloping floors, and I used visual information that was intended to disorient. It was this inner stable space that interested me, where conflicting body and visual information were juxtaposed yet were resolved by standing in one place. Again, from the outside, none of this information was perceptible unless the viewer entered in (16’x 14’x 8’). The fragments from this installation have been brought together to form a reference to the past, while functioning as a new present reality. 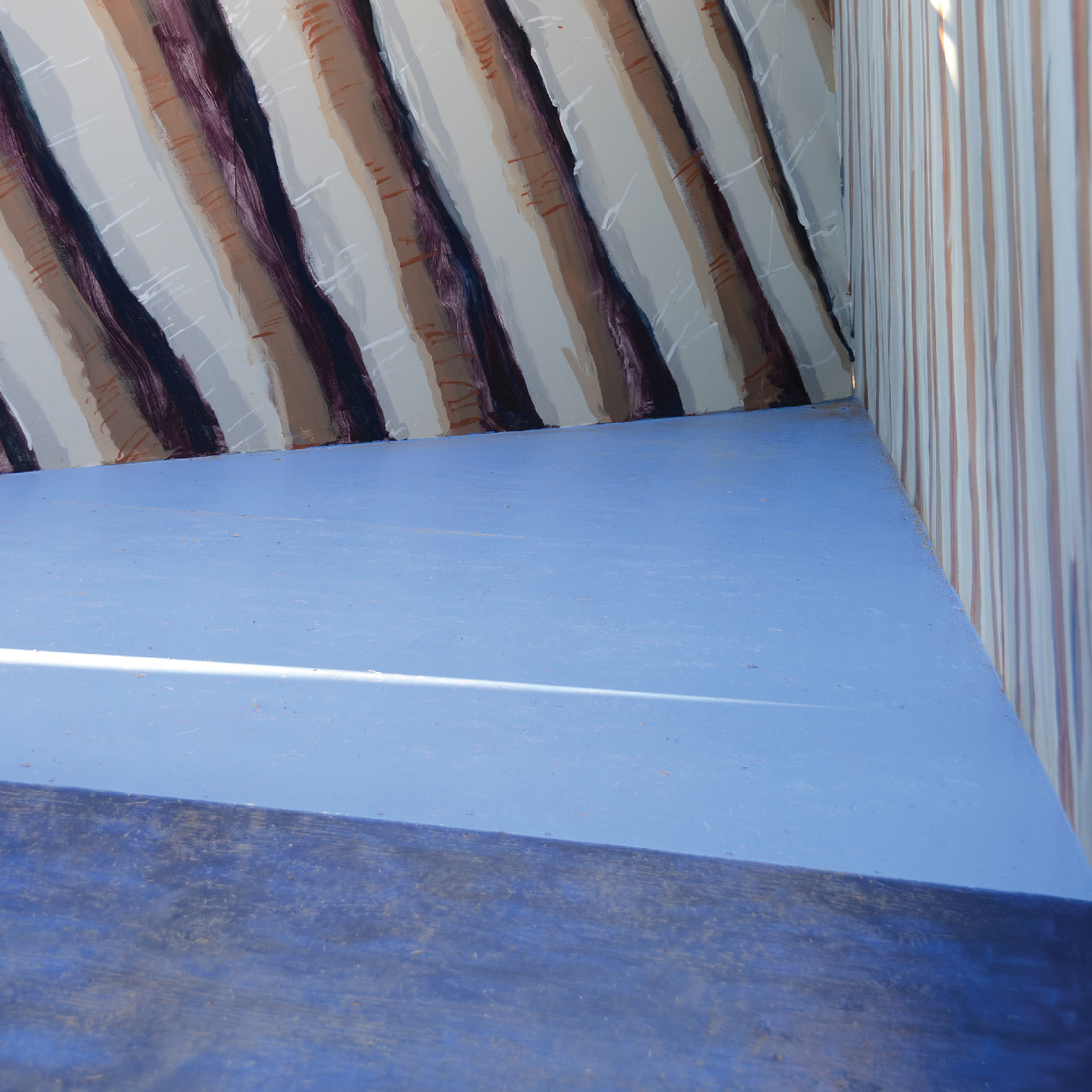 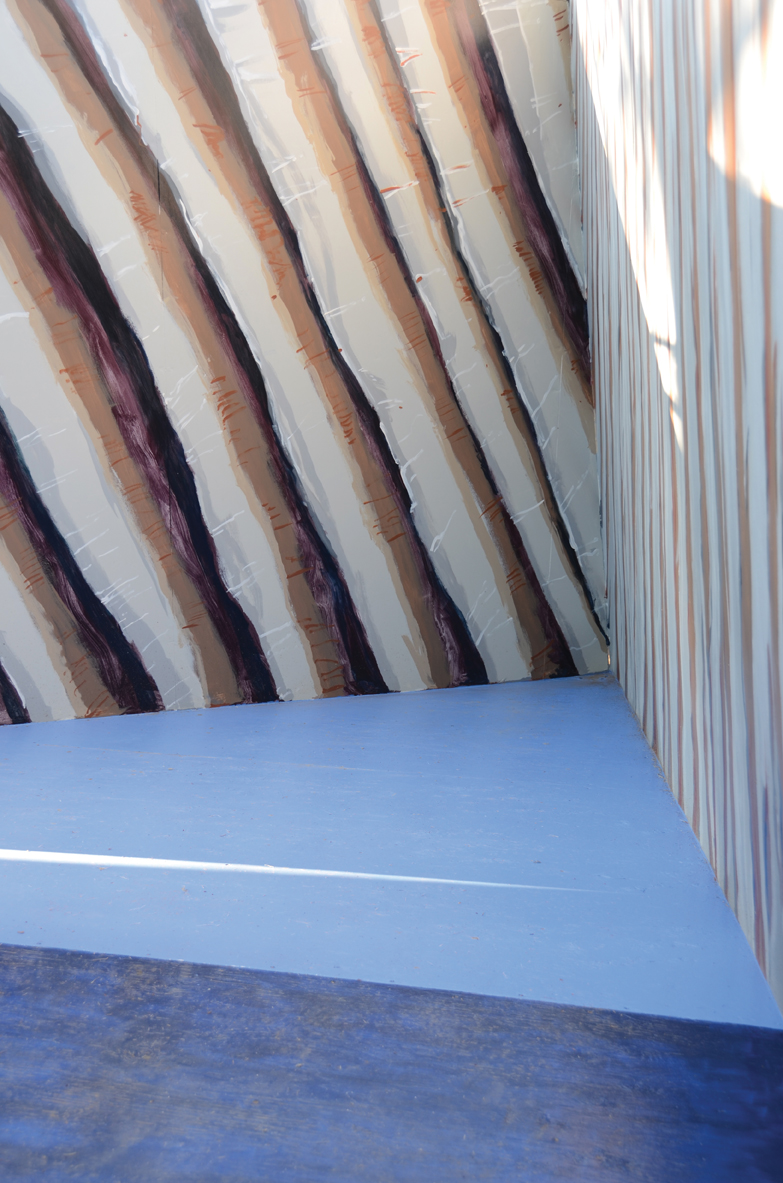 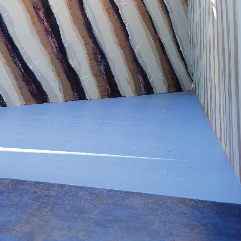