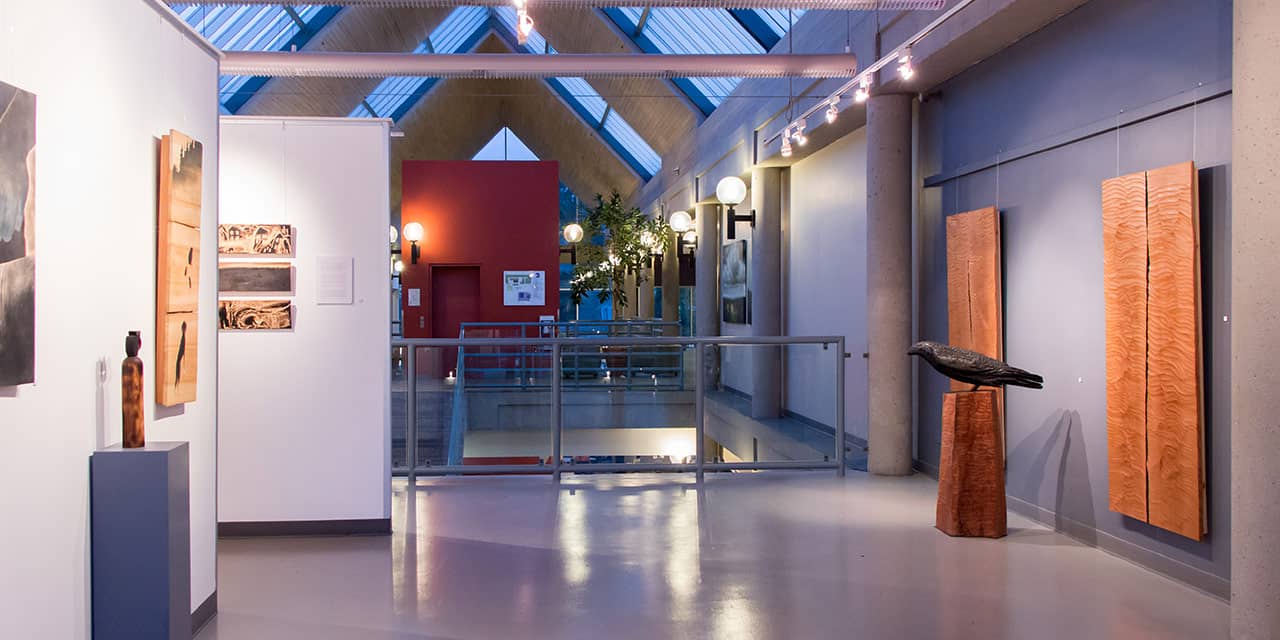 About the Dal Schindell Gallery

Since 1990, the Dal Schindell Gallery has been a place where people are invited to make meaningful connections between art, theology, and the human condition. Originally known as the Lookout Gallery, the gallery was renamed in April 2019 after its founder and first Director, Dal Schindell. 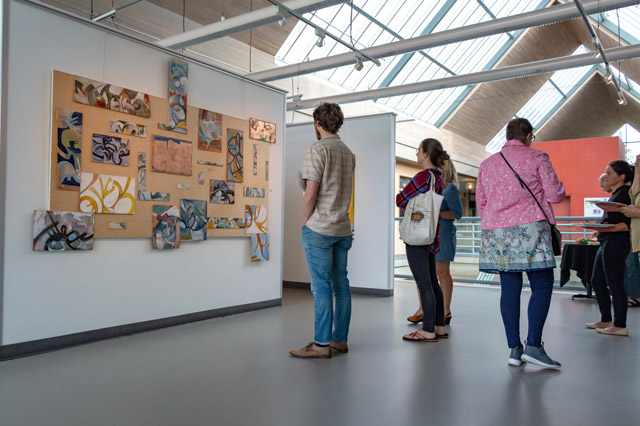 The Gallery exists to:

Submissions are open to artists who are sympathetic to the Dal Schindell Gallery’s mandate. We value artwork that stimulates thought and reflection on the beauty and complexity of the world and on fundamental questions of meaning and identity. We aim to foster dialogue and discussion about our shared humanity with those of other faiths and of none.

Send us Your Submission 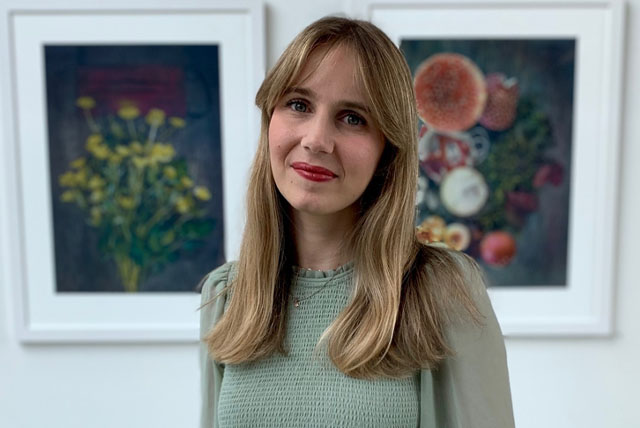 Abby Boggs joined the Dal Schindell Gallery as Curator in 2021. In the past, Abby worked as the Church Administrator at Hillside Church in North Vancouver, she also spent two years as a teaching assistant for Fine Arts course Creative Being at the University of Victoria while completing her Master of Music degree.

Outside of her curation work at the gallery, Abby is a board member at Salt Spring Baroque and enjoys a lively freelancing career as an operatic soprano.

A BRIEF HISTORY OF THE DAL SCHINDELL GALLERY

When the Regent College building opened in 1988, the space occupied by the Dal Schindell Gallery was originally intended as a boardroom and classroom. But the openness of the space didn’t quite work for meetings or classes. And so the purpose for the area remained for a time, until its potential as a space for art began to take shape.

Things started happening organically in the space: some walls were built to provide a studio for a fine arts professor on sabbatical, who painted on site and showed his work on the walls. Student Lindsey Farrell came to Regent from Australia on a government grant that stipulated a public exhibition of the work he did while at Regent. Well respected Vancouver artist John Koerner, with strong family ties to UBC, held an exhibition of his work in the space. 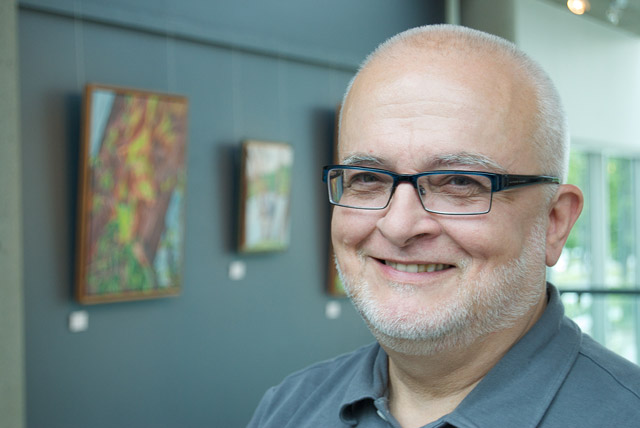 These shows indicated great promise for the space to become a formal art gallery that showcased first-rate artwork and brought together a virbant mix of people. Individuals such as Laurel Gasque worked very hard to promote the value of the new gallery, which officially opened in 1990 under the direction of Dal Schindell. Sculptor David Robinson held a very successful show here, and news of the Lookout Gallery, as it was originally called, spread throughout the city as David also began to exhibit elsewhere.

Over the past twenty-five years, the Lookout Gallery has thrived as a place where work by students, as well local and international artists, has been shown without the demands of the commercial gallery scene. This freedom has allowed emerging artists to have a place to exhibit their work. The College's commitment to allow the gallery to be a place of development and challenge has been key to its mandate.

In April 2019, the Lookout Gallery became the Dal Schindell Gallery. The unveiling of the new name took place during a special ceremony on April 2, 2019. This ceremony came as a complete surprise to Dal. Led to Regent on a ruse, Dal was greeted by President Jeff Greenman and escorted to the gallery accompanied by his wife, Kit Schindell. There, they were welcomed by dozens of friends and former colleagues including two former Regent Presidents, past and present staff and faculty, friends of the College, and a number of artists who have exhibited in the gallery. After an introduction by Jeff, Dal was instructed to rip the black curtain off the middle wall. Behind the curtain was the new name, along with a charcoal portrait of Dal, done by Vancouver artist Grace Tan. Read the full story here.

Regent College offers a concentration in Christianity and the Arts as part of its Master of Arts in Theological Studies degree. Students in this concentration complete an Integrative Project in the Arts and Theology (IPIAT).

The IPIAT in the visual arts provides an opportunity for students to create original artwork and the possibility of presenting it in a solo or group exhibition at the Dal Schindell Gallery. Students also complete a supporting academic essay in which they reflect theologically on their work.

The program generally takes two to three years to complete. Under the guidance of the Arts Administrator and Academic Supervisor, each student submits a proposal that is reviewed by the Arts Advisory committee. Once the proposal is accepted, the student is assigned a technical advisor who is a professional visual arts practitioner. The technical advisor meets with the student throughout the course of their IPIAT to offer guidance and feedback on their work.

Along with producing original art, the student writes both an academic paper, which is a theological discussion of a pertinent aspect of the medium or tradition in which the project is done, and a personal reflection paper on the creative process (difficulties encountered, principles and insights gained, ways this has prepared the student for future artistic endeavours).

All IPIATs for visual artists conclude with a public presentation of their work: a solo or combined exhibition of the artwork, and a talk highlighting portions of the academic paper and describing the creative process.