During the winter of 2011, a bout of illness cut Fredrich Peter off from the outdoors—one of his painting inspirations. In its stead, his excitement grew over a new way of image making. The computer mouse became his drawing tool. He enjoyed how his experience with calligraphy and watercolour painting carried over into the digital medium. Giving into it, he produced a large number of spontaneous studies with the most basic tool set of Photoshop. “Blessed effortlessness” became his aim. He allowed himself to be guided by spontaneity, “less is more,” essence of form and content, and a shift towards abstraction. For this series of illustrations, Peter chose themes from the Gospel narratives of Scripture, source of much of his lettering and calligraphic work. He also incorporated text excerpts from Eugene Peterson’s Bible translation, The Message, as part of the exhibition display.

Friedrich Peter was born in Germany. After an apprenticeship in graphic arts in East Germany, he studied at The Academy of Visual Arts in West Berlin from 1950 to 1957. He married and came to Canada in 1957, settling and raising a family in Vancouver. He has taught at The Vancouver School of Art, The Vancouver College of Art, and The Emily Carr Institute of Art and Design.

Throughout his long teaching career, Peter pursued his own diverse work, including painting, book illustration, calligraphy, and design (coins, medals, postage stamps, banners, and murals). Award-winning typeface designs (including Vivaldi) have brought him international recognition. He has sustained a continuing interest in the intersection of painting, calligraphy, and computer graphics. The discovery of the spiritual dimension of life has shaped him, and his work reflects the liberating experience of faith, hope, and joy in the freedom to create. 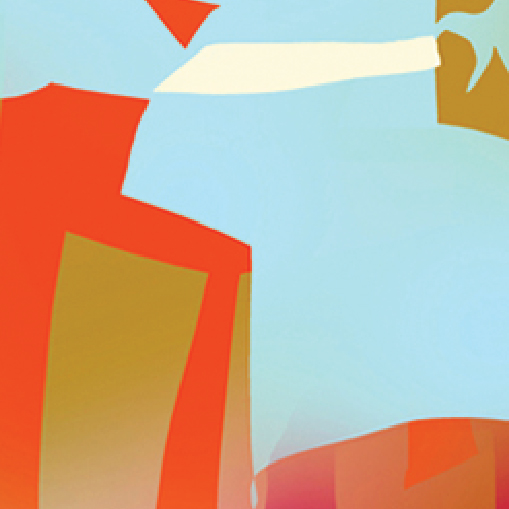 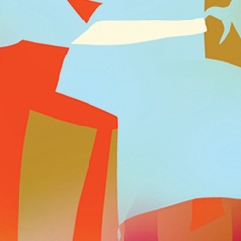