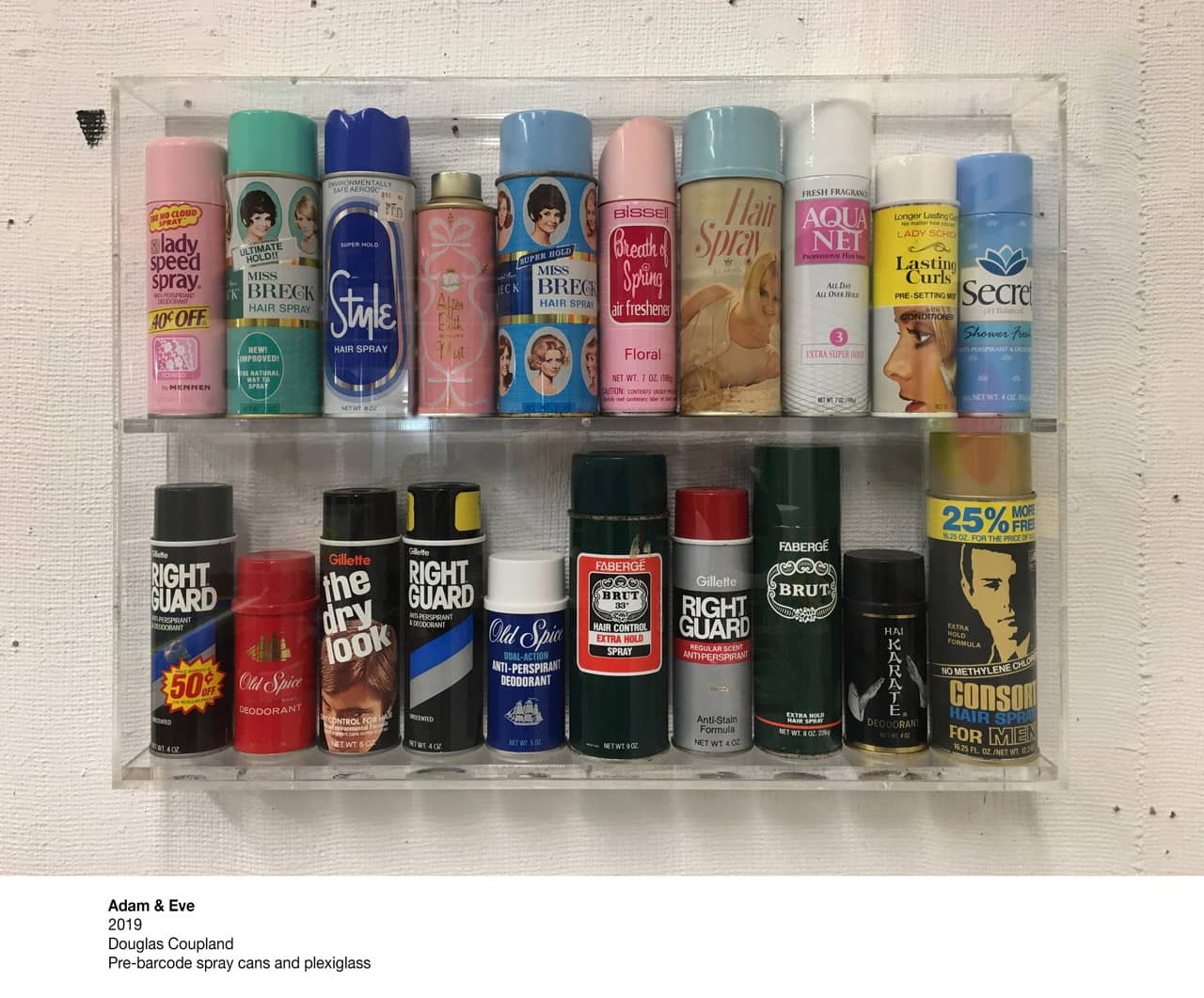 The sacred and the profane almost invariably inhabit the same orbit. If in doubt, simply look at our responses when we enter heightened emotional states when we swear; it’s almost invariably a fusion of the religious with the biological. Similarly, the banal and the transcendent exhibit a duality, and all it takes to shift from one realm to the other is the reframing of one’s way of thinking. In this way we can view something as mundane as spray cans to flip our perspective. In Adam and Eve (2019) we have pre-barcode spray cans arranged with products for women on the top shelf and those for men on the bottom. Instantly we recognize industrial color codes used to target gender. We also see a slice of life at a certain moment in time when spray cans contained a miracle called freon and TV comedians regularly made jokes about women drivers. But then we pull back a bit and we see depictions of the ideal man and woman, and then we pull back further and think of the two sexes, and then we pull back to the dawn of not just our species but life itself.

I always feel strange throwing something into the trash. As a society we feel that by putting our trash in a can we’re thereafter absolved of any form of responsibility, and that the trash is vaporized into nothingness. But of course, we are simply creating endless mini-catastrophes in the form of landfills that will plague the planet for millions of years. When I throw something out I feel like I’m creating a kind of time bomb that will explode in thousands of years when that piece of trash, perfectly mummified inside an anaerobic landfill, is dug up by—I don’t know—apocalypse zombies who conquered human beings? But that trash is going to be there. We like to flatter ourselves that we will transcend the planet when (depending on our beliefs) we enter some other realm, and that the ‘future’ doesn’t count because we won’t be there. Someday, long after you and I are dead, our descendants will dig up a landfill that was sealed in, say, 1973, and they’re going to find cans like these and wonder about who we were. Already these cans feel like they describe a long-lost era never to return. Imagine how they will be perceived by your great-great-great-great-great-X-1,000-grandchildren. 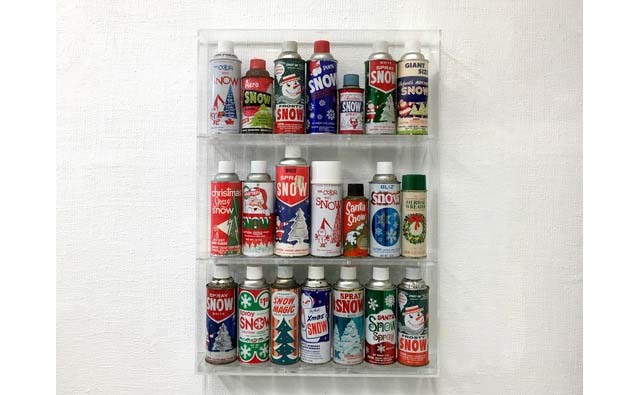 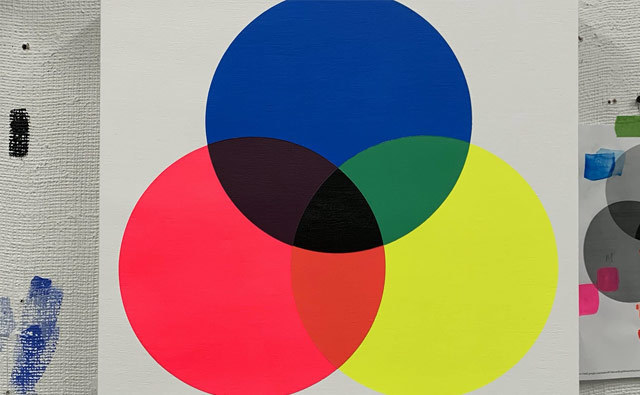 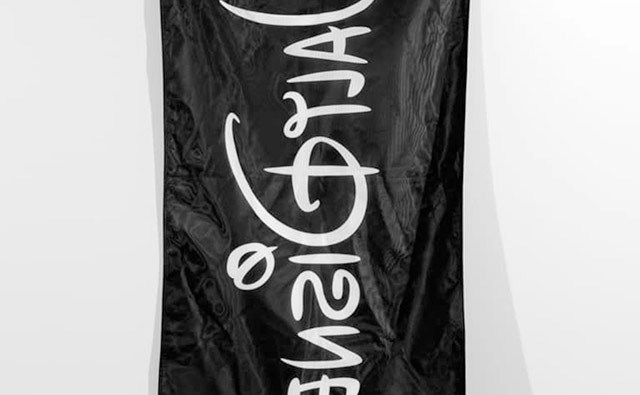