Through the Eyes of the Beholder

In 1996-1997, Laurent-Désiré Kabila led an violent revolution from eastern Zaire (Congo, today) towards the capital city of Kinshasa in an effort to overthrow Mobutu Sésé Seko, a US-backed despot. In the wake of this revolution, thousands of Zaireans lost their lives; some who survived fled south to Zambia. One of those refugees was Christopher Kasongo, a man with a talent for painting. Kasongo found a way of staying alive and supporting his family by acquiring some African scenes and selling them to Westerners--greeting cards or small pieces of canvas stretched over crudely constructed wooden frames.

Sadao Watanabe was born and grew up in Tokyo, and was a well known Japanese Printmaker in the 20th Century. He was famous for his biblical prints rendered in the Mingei (folk art) tradition of Japan. Watanabe’s father died when he was ten years old. A Christian woman in his neighborhood invited the fatherless boy to attend church with her, and at the age of seventeen, Watanabe was baptized. The young Watababe worked in dyers’ shops, sketching patterns and dyeing clothes. In 1937, one year after Yanagi Soetsu, (father of the Japanese Mingei folk art movement), had established the Folk Art Museum, the 24-year-old Watanabe saw an exhibition of Serizawa Keisuke's work. The event sowed the seeds of Watanabe’s artistic endeavor. A few years later, Watanabe attended a study group in which Serizawa taught his katazome technique of stencilling and dyeing, which originated in Okinawa. From then on, the teacher-and-student relationship between Serizawa and Watanabe became strong and abiding. 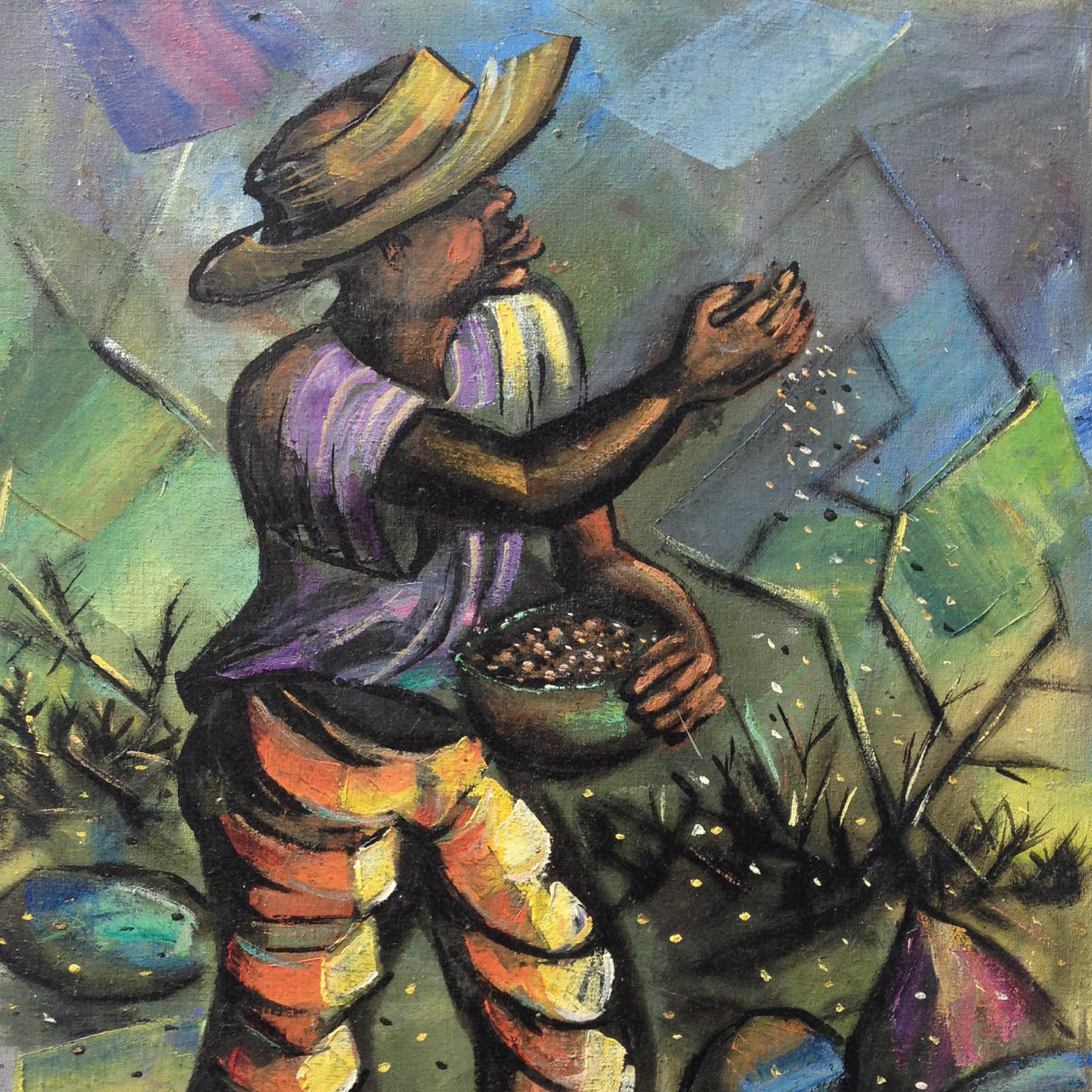 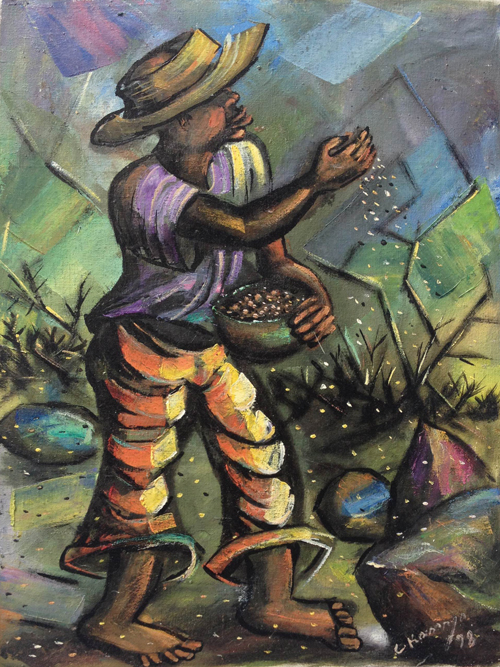 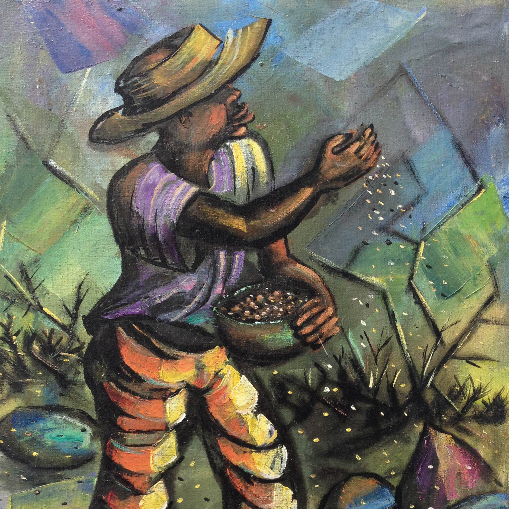